Western and Eastern art are closely linked. They have influenced each other for thousands of years, from the ancestral exchanges of the Silk Road, through wars to the arrival of the Internet and the modern world.
This market is supported by extremely active collectors.

Chinese objects made of porcelain, jade, lacquer, cloisonné enamels, hard stones, Buddhist figures in gilded bronze, paintings, scholarly objects and all objects related to the reigns of Chinese emperors, notably Kangxi (1662-1722), Qianlong (1736-1795) and Daoguang (1821-1850) are often highly sought after. Exceptional pieces or those with a prestigious provenance such as the Summer Palace can achieve record prices.

Japanese objects lend themselves particularly well to the collection because of their refinement: netsuke, manju, inro, but also objects relating to the life of the Samurai: the daito (long sword) and shoto (short sword), kokuza, kogai, or even the complete armor.

Lemon Auction, surrounded by qualified experts, will accompany you in the best way to value all your Asian art objects from Greco-Buddhist sculptures to paintings on scrolls and prints, whatever their country of origin: China, Japan, India, Cambodia, Nepal, Mongolia, Thailand, ...

We are at your disposal to provide you with free and confidential estimates by appointment or at your home. 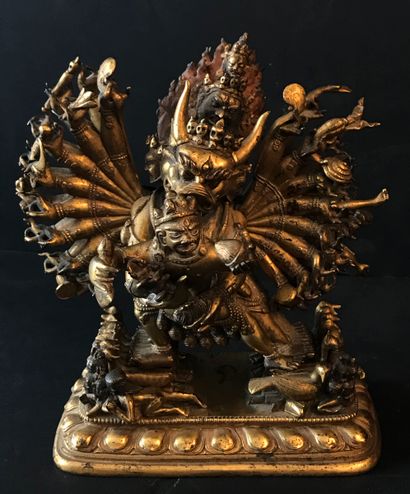 With your consent, we would like to use cookies placed by us on this site. Some of these cookies are strictly necessary for the smooth running of the site. Others are used to:

Your consent to the installation of non-strictly necessary cookies is free and can be withdrawn or given at any time.

By allowing these cookies, you agree to the deposit, reading and use of tracking technologies necessary for their proper functioning.
Read more about our privacy policy.